We had an amazingly beautiful, clear weekend here in Auckland. On Saturday, most council grounds were closed, so we only had to get to Si’s line (that game was on TV, and certain people (coughmeaswellcough) have taken delight in commenting), B’s line and Zac’s school rugby game. I did a lot of driving tho and not much walking.

This is from the top of Metcalfe hill – I thought the fog looked like an ethereal wave taking over the city. That’s Rangitoto on the left; you’d usually be able to make out the Harbour Bridge in the middle – not today!

Sunday after chores I chose to head out to Bethells Beach – still my all-time favourite place. The tide was all the way out, so we explored rock pools and the caves. 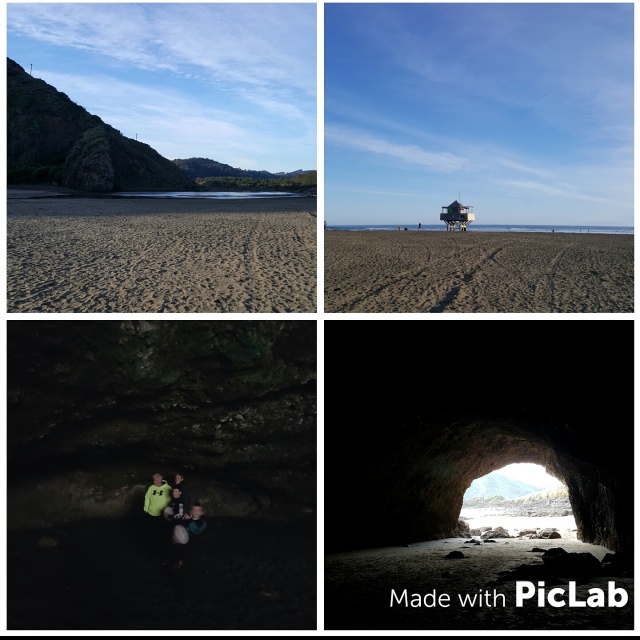 It was surprisingly busy (even tho it looks empty in the shots) with full carparks – so probably a few hundred people there.

And my week was alright too – making the decision to put myself first above work has meant that I’ve already made a difference. I’m trying to get out for longer at lunchtime but as I do generally walk with someone else that can be a compromise. But Monday I could only manage 4 lengths – today was 10. I’m getting there.