I re-discovered an author last week. Turns out I’d read the prequel, A Handful of Flowers, a few years ago but for some reason I never moved into the series. I can tell you I’ve certainly fixed that error now!

Blurb Book 1: This Christian romance novel of 80,000 words is the second book in The Callaghans & McFaddens series from author Kimberly Rae Jordan. A HANDFUL OF FLOWERS (ASIN: B01APAIXM6) is the prequel to this series.

Makayla McFadden has been part of her family’s business since it started. At sixteen, she’d helped her dad by answering phones and doing the filing when she wasn’t in school, and now she’s the office manager for C&M Builders. As the company has grown, they’ve had to hire new people, but the core of the company has always stayed the same. When her father announces his plan to retire, Makayla knows change is coming. Hiring from outside the family will disrupt the way they’ve run their business, and she’s not happy about it.

Upon learning that his father and step-mother plan to move to a new city with his younger sister, Ethan Collins knows he needs to move there as well. The day he gets a call from his first choice for a job, he figures God has answered his prayers. But then he meets Makayla McFadden and realizes that she doesn’t want him there. After they offer him a job on a three month probationary basis, Ethan knows he not only has to convince them he can do the job, he has to somehow convince Makayla that he is a good fit for her family’s company.

When he finds himself falling for Makayla, Ethan tries to fight it since he refuses to do anything that might jeopardize his job and his sister’s future. But when the heart can’t be denied, will Ethan take the risk for love? Or will Makayla be reluctant to embrace change on a personal level and leave him without love or a job?

My thoughts: There’s little risk in trying these books – they are available on Kindle Unlimited (and from memory, book one was free on a lot of platforms). I enjoyed getting to know the characters in depth, from children to adults, and the way the books overlap opens up a realism that often isn’t in a saga. If you like interconnecting books, I can recommend you give this series a try.

Books in The Callaghans & McFaddens series by Kimberly Rae Jordan:

YCQM is a semi – regular post based on my One Little Word for 2015, Serenity.

It’s school holidays (yay, said no working parent ever). I’ve taken some time off this week and next (Thursday’s wardrobe choice is your first clue) and there are a number of things I want to achieve.

So, list. I love checking things off. And most of these will take 30 min or less. That’s a lot of achievement buzz and I’ll still have a lot of playtime.

As always, YCQM reflects some portion of my One Little Word for 2015, Serenity. This week it was about re-charging myself, body and soul, ready for the new working week. 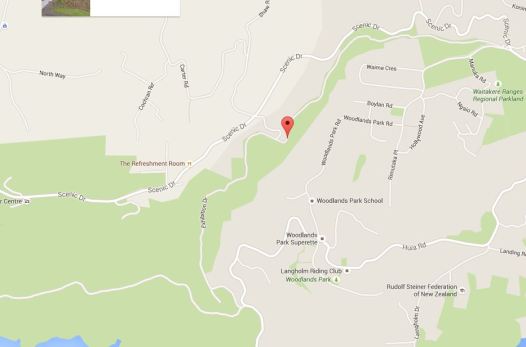 Yesterday we combined family time (sans B, who spent the weekend at his friend’s new home & told me this morning (by phone thankfully) that his clothes really need washing and they are really, really ripe due to helping carry a dead sheep – oh yay!) with Father’s Day, Steptember and my love for the Ignite shoes that Puma gave us last week. Zac found a walk in the Ranges book that I brought Si a few years ago (it’s here: https://www.paperplus.co.nz/book/walking-the-waitakere-ranges-9781869664268 or you can google search individual walks) and we drove over the hills to Titirangi.

Because Si has his knee strapped up, we parked at the Shaw Road carpark, which is roughly halfway along the walk (the red marker). We walked towards Titirangi, turned around then completed the walk. 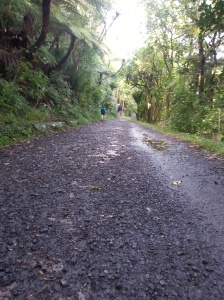 Exhibition Drive is now closed off, but it used to be part of the road from Titirangi village, over the Waitakeres to Swanson. It’s now been replaced by Scenic Drive, but a few driveways still come off it. But because it was a road, it’s wide enough & smooth enough for running, pushchairs, wheelchairs and cycling. There are a few parts when you can see the old road base poking thru but it’s very safe for the whole family.

The road follows the old tramway, which was set up to transport parts of the pipeline that used to bring water down from the hills. The cast iron pipes are visible for most of the walk; they were forged in England in 1912, shipped to Auckland port, railed to New Lynn, horse & dray to Titirangi village then the horse-drawn tram finished the journey to the site. 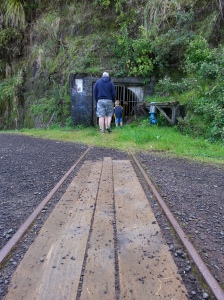 At Jacobson’s Tunnel (length 527m, all by hand!!) you can still see part of the tram tracks. There are valves along the pipeline that the kids had to play with, either for removing caught air or isolating water at that part of the pipeline. It’s OK – these sections aren’t in use! 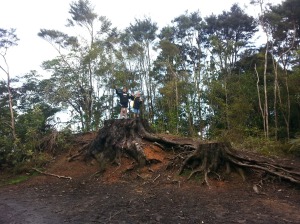 One of the felled trees on the path – Zac & Mase look like midgets! We couldn’t count all the rings.

And the view at the end over the Manukau Heads. Gorgeous.

YCQM is a semi-regular post that relates to my One Little Word for 2015, Serenity.

some truth for your Monday, as seen on beckyhiggins.com

Not only is it a new moon, there was also another thing in the sky to look out for.

It’s not as if two worlds will collide tonight — Venus and Jupiter are only converging into a small area of the Earth’s sky. NASA says the two bright planets will be “a jaw-dropping one-third of a degree apart.”

That distance is smaller than the width of a full moon, as seen from Earth’s surface.

“You’ll be able to hide the pair not just behind the palm of your outstretched hand, but behind your little pinky finger,” NASA says.

And unlike some other astronomical phenomena, this convergence should be easily visible: Just look to the west around sunset. That’s where you’ll find Venus and Jupiter, if the sky is relatively clear.

“Conjunctions between Venus and Jupiter are far from rare events,” notes Space.com. But the site adds that tonight’s “unusually close” conjunction is worth seeing — and it adds that this is both the closest and the last pairing between the two planets in the current 24-year cycle. 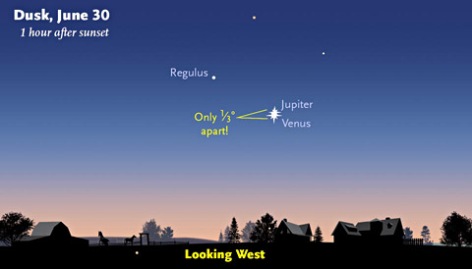 From our little patch in West Auckland I got a great view, in between the rushing clouds. No photos as I only had the phone so this one’s from Stuff (a local news website). It’s from someone who works at the Observatory at Mt St John near Tekapo:

July 2 – Topic: Reality or Fantasy. Which do you prefer to stitch? Figures or Abstract? (via Jo)

Today is also the first of the July WIPocalypses. It’s a Blue Moon month as there will be two full moons. I thought about Jo’s question overnight and came to the conclusion that there’s a degree of Fantasy in most of the stitching I do, even if only snow on a Christmas piece (there isn’t usually snow in NZ in December). I haven’t done many Reality pieces unless you can count Mira’s as partial reality – maybe the birds? Sorry Jo, not much of an answer there. 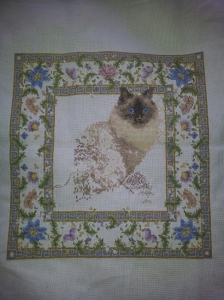 But I would much rather stitch or view Figures over Abstract. I read “abstract” and my brain stops at Picasso.

And last for today, here’s my YCQM. As usual, this ties into my One Little Word, Serenity.  It’s a reminder not to take people’s opinion of me to heart, especially when they read “Christian” and assume “bigot” or “small-minded”. For you it will be something else – that’s the beauty of God’s work. We’re all unique.

YCQM is a semi-regular blurb, relating to my One Little Word for 2015, Serenity.

Here’s something I need to remember when stepping out of my comfort zone. I’m often worried that I will fail, that I’ll say the wrong thing, that I will offend, that what I’m working on or towards will turn to custard. To keep feeling that serenity, I need to let go & remember I CAN.

Plus here’s something that struck me as funny. Kiwi’s will get the joke but for everyone else, you need to know what a hangi is 🙂