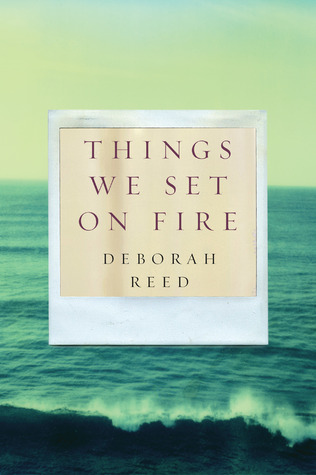 BLURB: A series of tragedies brings Vivvie’s young grandchildren into her custody, and her two estranged daughters back under one roof. Jackson, Vivvie’s husband, was shot and killed thirty years ago, and the ramifications have splintered the family into their own isolated remembrances and recriminations.

Sisters Elin and Kate fought mercilessly in childhood and have avoided each other for years. Elin seems like the last person to watch her sister convalesce after an attempted suicide. But Elin has her own reasons for coming to Kate’s side and will soon discover Kate’s own staggering needs.

This deeply personal, hauntingly melancholy look at the damages families inflict on each other—and the healing that only they can provide—is filled with flinty, flawed, and complex people stumbling toward some kind of peace. Like Elizabeth Strout and Kazuo Ishiguro, Deborah Reed understands a story, and its inhabitants reveal themselves in the subtleties: the space between the thoughts, the sigh behind the smile, and the unreliable lies people tell themselves that ultimately reveal the deepest truths.

MY THOUGHTS: This is my first Reed read (ha!) but not likely to be my last. I’ve enjoyed the way the author can weave past & present very, very smoothly and the way that life is portrayed as a cycle.

I actually found part of that cycle woke memories that I try hard to keep buried. Being raised primarily by a (at times) mentally unstable parent is not easy. Not to put down the character of Vivvie, but I saw similarities between her and Kaye, especially when Vivvie was at the end of her coping times. I know why Vivvie took the actions she did; & I strive to be the opposite in my life. Perhaps I’m trying too hard, but that’s not an open conversation for a blog!

I guess everyone carries a burden of some kind.

I read this book as part of my Kindle Unlimited subscription.