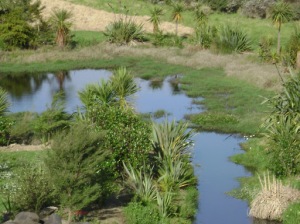 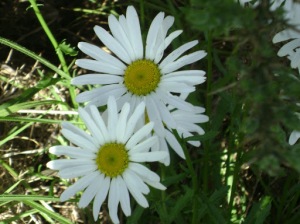 I had a GREAT day today – started off buzzing as Tuesday night I won a CD from ZM – it’s Sound of the Underground which doesn’t look too bad – some stuff to sing along to in the car as I live to embarrass my kids.
Then I found out it was my horse that came in first, so I won the office sweepstake. Becs and I ran (well, felt that way in high heels!) up to Borders Queen St and I picked up MOS Annual 2009`(Aussie version, not US or UK) which has me jumping. It was this or Coldplay’s Viva La Vida which I still don’t have. Maybe Santa can put it in my stocking, hmmm?
And Bran was still excited about the photos he took on Monday afternoon. His homework was a photo essay on Spring and it was interesting seeing one of my favourite places from his perspective. Even if I have to laugh – he whinged and moaned about going until we got there and now he’s raving about it. Even sent a collage down to his dad, but NZ Post hasn’t delivered it yet. Bugger. He took about 40 shots overall, both at Te Atatu and in our garden, learning about the zoom & macro functions. I think he did quite well!
And I got to watch a bit of history as McCain conceeded to Obama. I really do hope he makes it to inaugeration as I can only admire a self-made man. Plus he’s giving his kids a puppy. That’s sweet.